"I paint sometimes as I see it, other times as I imagine it - but always because I am loving it!" 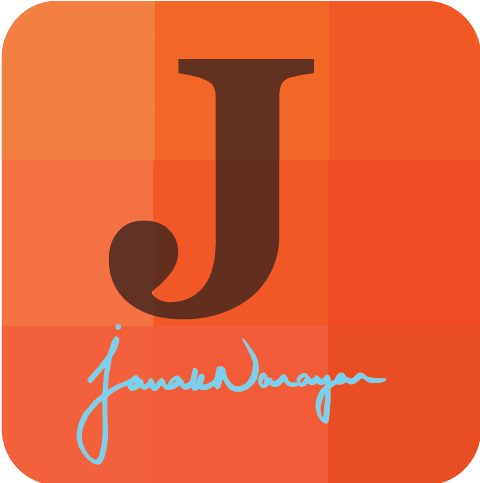 Your shopping cart is empty.

Your shopping cart is empty.

Title: Live painting and sale at the Taste of the Arts, downtown Fort Wayne, 2017

2018 was a hectic year both personally and from a professional viewpoint. I was involved in 10 art events,Solo show, festivals and juried competitions throughout the year while I was uprooting my family and moving from Fort Wayne, IN to Dallas, TX. I managed to paint between selling our home and buying another. I painted away through shifting and packaging and making numerous trips to storage facilities. I painted in whichever nook or table corner I found...I was brimming with ideas and compositions! The highlight of my year was an invitation to be interview by PBS for their Art in Focus program.

Follow this link to see the full program. My interview is half way into the segment:

Allan Longroy has been working with wood for more than 50 years.

The 81-year-old local man won the judge's choice award at this year's Art in the Park, part of the Three Rivers Festival.

On Saturday, Longroy won some new admirers at the Fort Wayne Arts Festival at Jefferson Pointe.

The juried show, which continues today, includes more than 30 artisans gathered around the outdoor mall's center fountain to display and sell their works.

“Look at the setting. It's very inviting,” Teri Marquart said. “People were here even before we opened.”

Marquart, who organized the show, was pleased with the number of artists participating and hopes to add more in the future. Her ideal would be 50 to 60. She wants to keep the selection varied while maintaining an intimate atmosphere.

The weather also cooperated Saturday with clear skies and temperatures in the 60s.

Some people wandering from one white tent to another were there specifically for the arts festival. Others came to Jefferson Pointe to shop and wandered over to check it out.

Don Schreiber, a retired mechanical engineer from Bluffton, was bowled over by Longroy's woodworking, which ranges in price from $12 to more than $400. Most pieces are $65 to $75.

The September 2017 30 painting in 30 days challenge by Saeta Studios begins today! The idea is to have fun and paint everyday for 30 days. Paintings are uploaded on to her website. I will share my daily art here and hope you enjoy !

FORT WAYNE, Ind. (WANE) – A large mastodon that was part of a parade project that took place in 2005 was restored and delivered to Cap n’ Cork Friday.

The mastodon was part of the Mastodons on Parade project that celebrated IPFW’s 40th birthday involving 102 mastodons. The large fiberglass structures were brought to life by area artists.

Cap n’ Cork in Covington Plaza sponsored the “Hiding Behind the Grapes Don.”

This presence of this badge signifies that this business has officially registered with the Art Storefronts Organization and has an established track record of selling art.

It also means that buyers can trust that they are buying from a legitimate business. Art sellers that conduct fraudulent activity or that receive numerous complaints from buyers will have this badge revoked. If you would like to file a complaint about this seller, please do so here.

The Art Storefronts Organization has verified that this business has provided a returns & exchanges policy for all art purchases.

Description of Policy from Merchant: TERMS AND CONDITIONS RULE#1 - We want you to be 100% happy with your order. Now, let's keep this simple... DEFECTIVE PRINTS - If you receive a defective or damaged print, please contact us within 7 business days of the delivery of your order and we will replace the defective item(s) at no cost to you. ORIGINAL ARTWORK -I want you to love your new art work from me. If you are not completely satisfied with your purchase contact me to return the item within 7 business days of receiving it for exchange or credit ONLY (excludes custom orders). Item must be in its' original packaging and in perfect, unused condition. Sorry, shipping costs will not be refunded. Please include your receipt. Insure work for the full value with "tracking". Returns lost in return shipping will not be refunded.or more details please check out the FAQ section

This website provides a secure checkout with SSL encryption.

The Art Storefronts Organization has verified that this Art Seller has published information about the archival materials used to create their products in an effort to provide transparency to buyers.

WARNING: This merchant has removed information about what materials they are using in the production of their products. Please verify with them directly.

This is only visible to you because you are logged in and are authorized to manage this website. This message is not visible to other website visitors.

Below, select which favorite lists you would like to save this product into.

Enter your email below and we'll email you a 20% OFF Coupon right now!

This offer is valid for NEW CUSTOMERS only!

<p> Cookies are important to the proper functioning of a site. To improve your experience, we use cookies to enable shopping cart functionality, to remember log-in details and provide a secure log-in, to collect statistics to optimize site functionality, and deliver content tailored to your interests. Click "Accept" to accept cookies and go directly to the site, or click on "Learn More" to learn more about our Privacy Policy before accepting. </p>

If you change your mind, click here to modify your decision